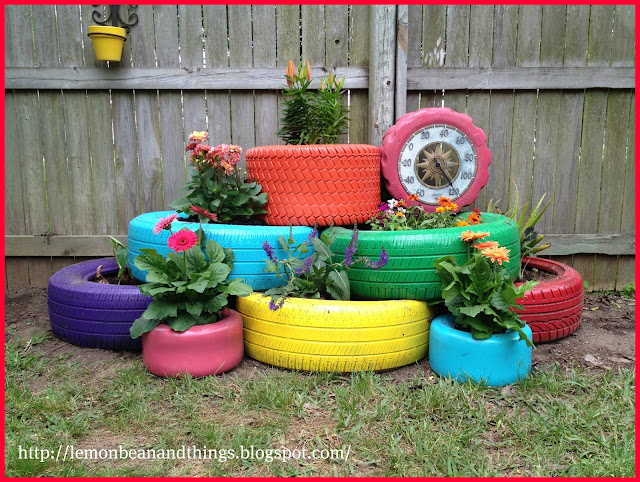 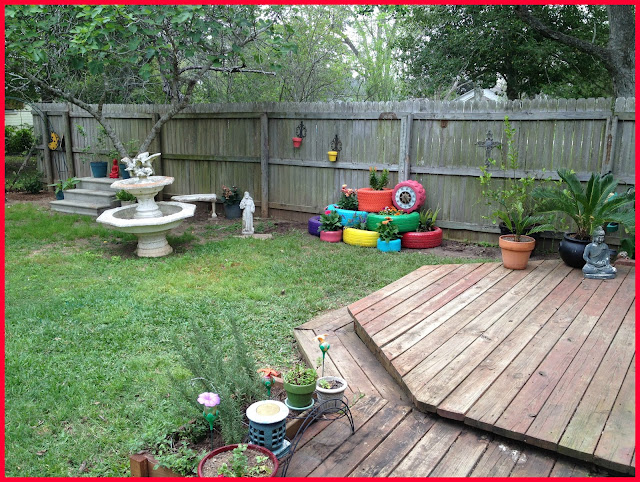 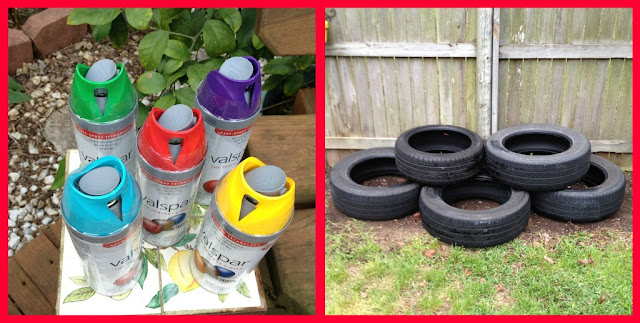 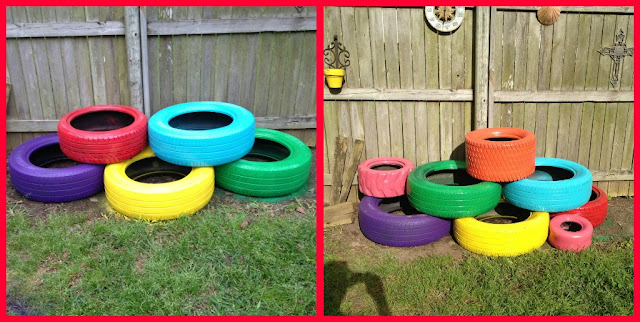 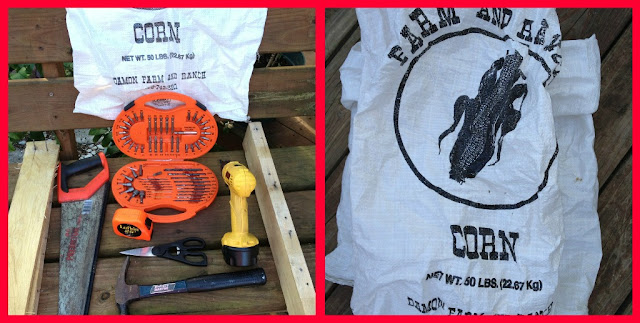 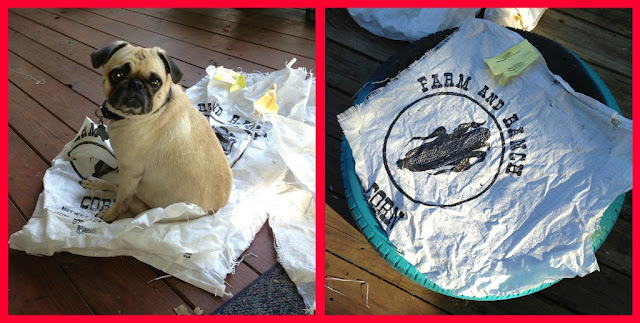 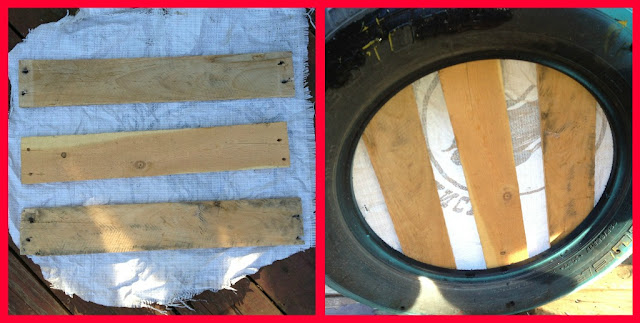 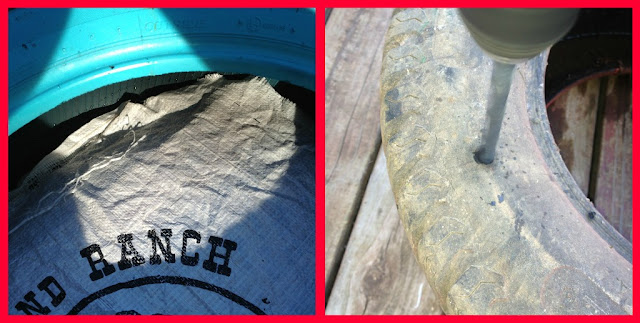 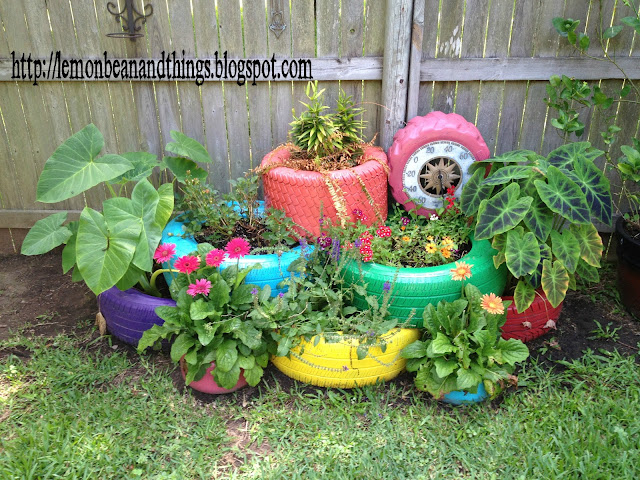 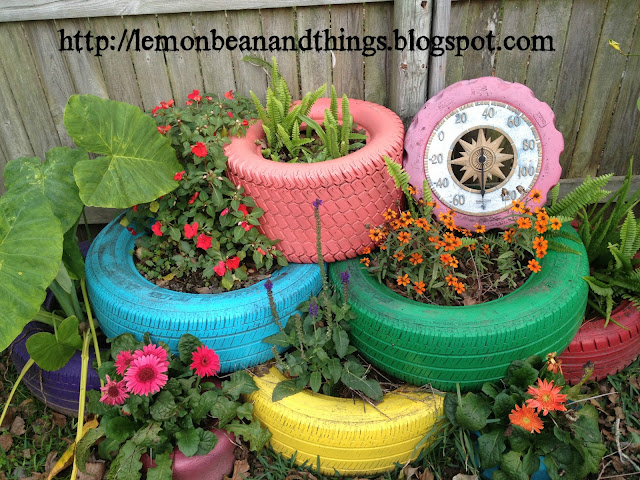 This shot was taken December 21, 2012.  The tires have shown the wear from the Texas heat and have faded.  Pink and Orange do not like the sun!  The Ferns in the top tire are starting to come in!
Posted by JP's Garage Arts & Decor at 9:30 AM 705 comments:

Shop at your local Pawn Shop! 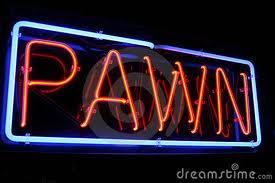 Yesterday I went into my very first Pawn shop!  What the heck have I been missing!  I watch "Pawn Stars", and love it so why was I being such a wienie about not going into the local pawn shop in my area? I am sure there are some gritty criminal underworld place the movies always portray, but I had Jorja with me so what harm could happen, and besides it was in broad daylight.   I was about blown over when I walked in and the lady behind the counter hollered out  "Hi, How are you today?"!!  This was better than Walmart already. After walking the aisles and aisles of power tools a nice young man even approached and asked if he could help us find anything!!  What..."Customer Service" at the pawn shop!!  Where is the camera?  Someone must be pulling a fast one on me here.  The shop was nicely organized,  no steel cages, lighted, stuff galore and it smelled like power tools!  I think I am in heaven, as the tool bins were loaded and loaded some more!  This place was great.  I started looking at the prices and they were not all that terrible.  I purchased a rubber mallet with a steel handle, and a flat headed crowbar (I am not sure that is its technical name, but it is what I call it), both almost brand new for five bucks each.  Now I have a rubber mallet hammer when I need to pound something that requires that sort of pounding, and a flat headed crowbar to do....well I have a flat headed crowbar when I need to do something that tool does.  I even asked the lady if she would size a pair of earrings for me, and she did so gladly....gladly I say!! The pawn shop has just become my new "Favorite" place to shop!  I guess the lesson learned here is to step out of the cookie cutter mega conglomerate store box, and give a local pawn shop a try!  I love learning new things....and spending money on tools.


Update...04/03/2012
After going to our local Pawn Shop (Tom's Pawn), I have learned a few new things...
1.  If you want to take an item and "Pawn" or "Sell" it...take it
out of the box as this is considered a "new " item and
must have a recipe!  So take it out of the box!  Odd I know
but this is the Pawn industry rules!!
2.  Haggle..Haggle...Haggle....Yes this is common practice
done in the Pawn Store! Not to mention it is quite fun!
Do not be embarrassed... Although I know my face turned
bright red the first time I did it!  The guys and gals at the
store are very use to people haggling!
Posted by JP's Garage Arts & Decor at 1:23 PM 21 comments:


$4.00 each
Hanging Tea Light Votive Ornament.  2¾" wide and 3" tall. Includes a jute hanger. Use a battery-operated tea light in this ornament. Tea light is INCLUDED, and also with a extra battery.. If you choose to use a wax candle tea light PLEASE/MUST change the jute to wire and hang where there is no fire hazard! But I highly recommend the battery operated tea light, so you can hang them in a tree! Really makes a a great impression! 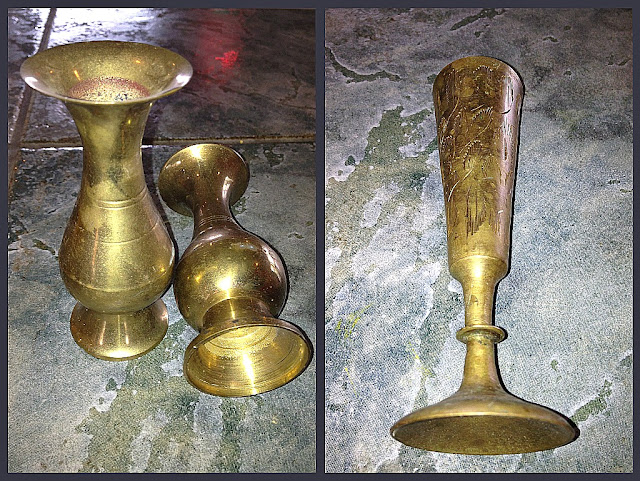 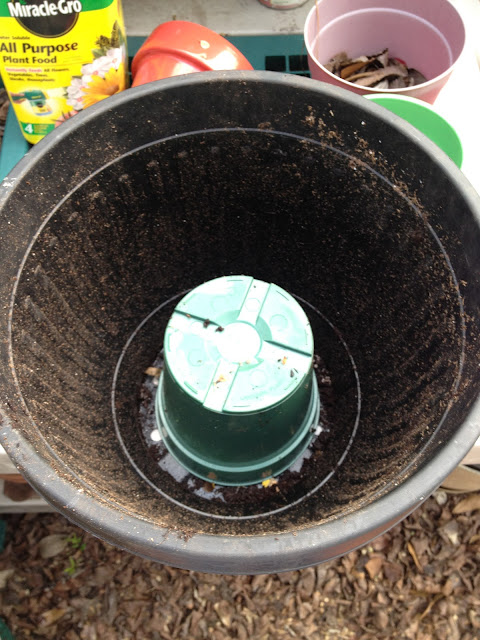 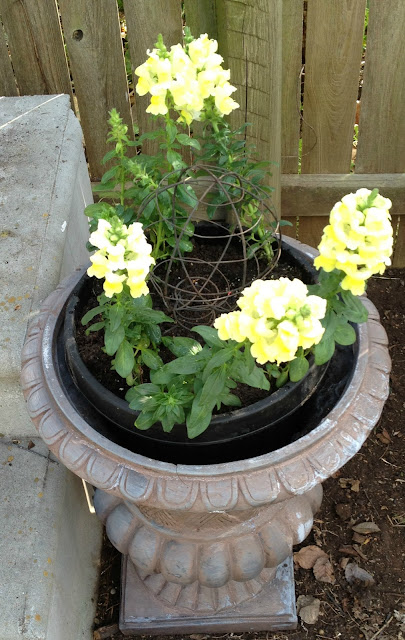 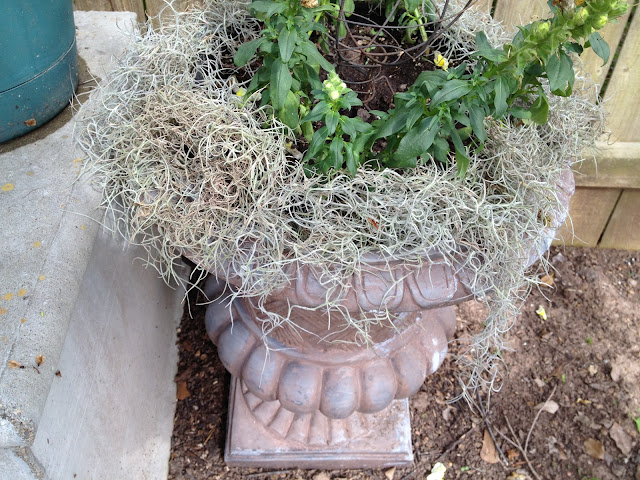 This is my trick for saving soil and recycling a generic plastic pot.  When I am transplanting new flowers or re-potting plants into a larger pot I will use an old plastic generic pot and turn it upside down in the larger pot.  You still get drainage and lots of room for the flowers or plant to grown while saving soil and recycling!  I even in this case put my larger pot into an even larger pot.  Finish off with a little moss and no one is the wiser! Voila!  Save your self some soil and recycle!  Love it!
Posted by JP's Garage Arts & Decor at 8:12 AM No comments: 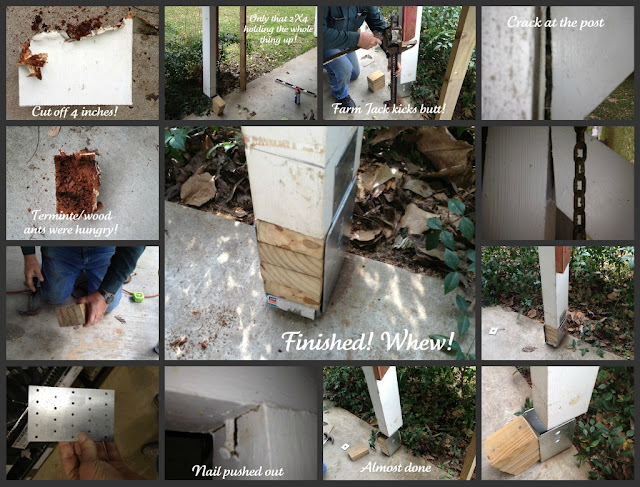 I had been noticing over the last year or so that the carport was getting a wee bit of a sway in its roof.  What I did not know was that the wood ants or termites had eaten about three inches off one post!  OMG.  I had installed three other posts with the metal feet when I moved into the house and for some dumb reason I did not repair this particular post. This carport is about to fall down on my Mini!!  I called good friend Charlie...Help!  After assessing the situation he said..."Yup....You have a problem!!"  So we looked at the post this way and we looked at the post that way until we (I should really say "He") decided on the correct course of action.  Out came the skill saw, two hammers, extra 2X4's, the Farm Jack, sledge hammer, crow bar, along with the foot plate I had bought with some metal plate supports the day before.  The scariest part was when a lone 2X4 held up the whole carport while he cut the leg off (for a total of seven inches).  Charlie is a hero and everything is back to normal, with the exception of some paint to beautify the new post.  My Mini is safe and sound from the carport collapsing. Thank goodness!!
Posted by JP's Garage Arts & Decor at 7:54 AM 10 comments: