I had a lady contact me in December wanting a custom built paper weight for her husband for Christmas, or his birthday in January.  I had some old marble bases from some bowling trophies, but she was more interested in a wood base.  This paper weight is to sit on his desk and he apparently is very minimalist!  I spent a few nights tossing and turning over what wood I would use.  I have a big pile of drift wood from the beach, but none of it sits flat and would not sit up straight.  I finally found a block of wood I had saved from some other project.  It was a tad bit to long, so I went to the lumber yard & had my buddy Randy cut it down and also cut some dog ears on the corners.  I brought to the shop and stained it with Annie Sloan Antique wax.  The wax matched the face of the golf club perfectly.  My customer wanted a Ben Hogan club, as that is her husbands favorite golfer!  I broke a black tee off and epoxied it in the shaft of the club.  I think it turned out to be quite nice.  I suggested that she put a brass face plate on the weight, but again was told that she would be lucky he would even want it on his desk.  Not a clutter bug by any means!  I bet he would like his name on it, but then again he really might not!! 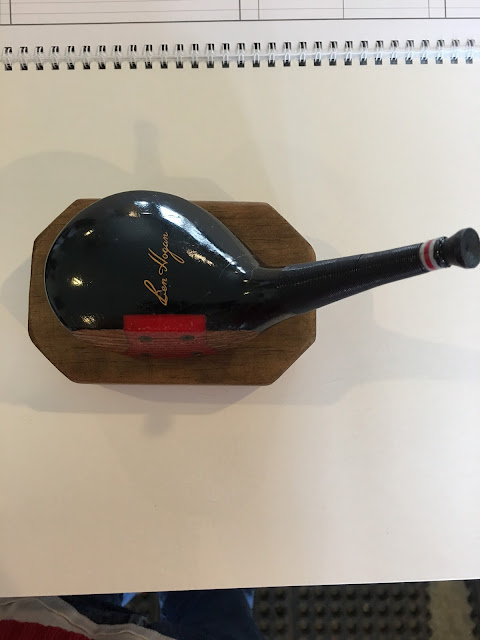 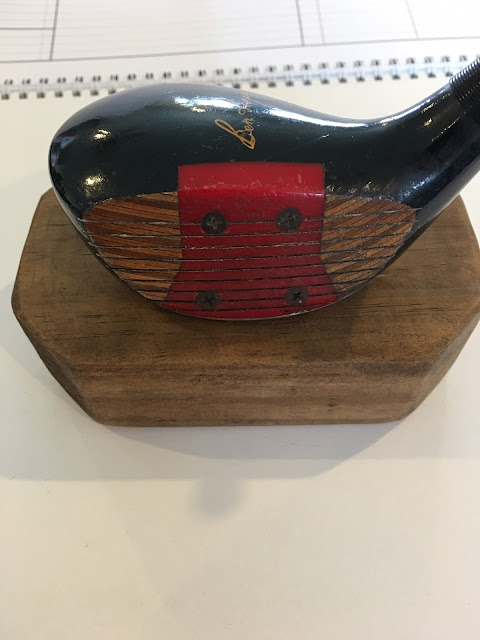 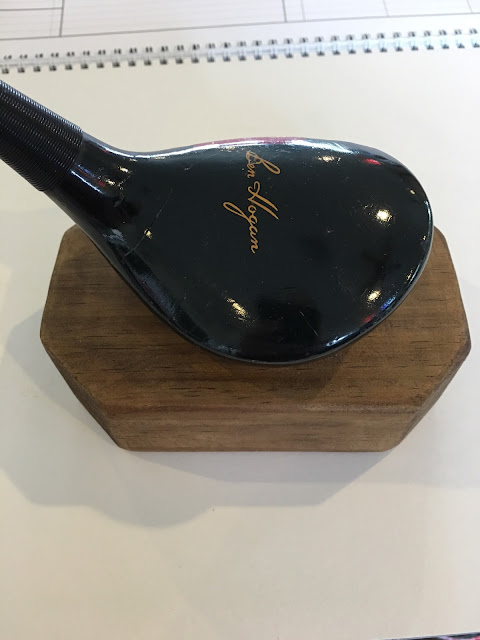 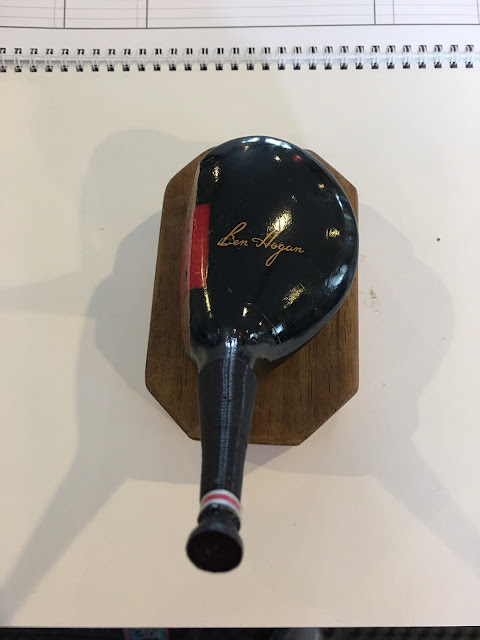 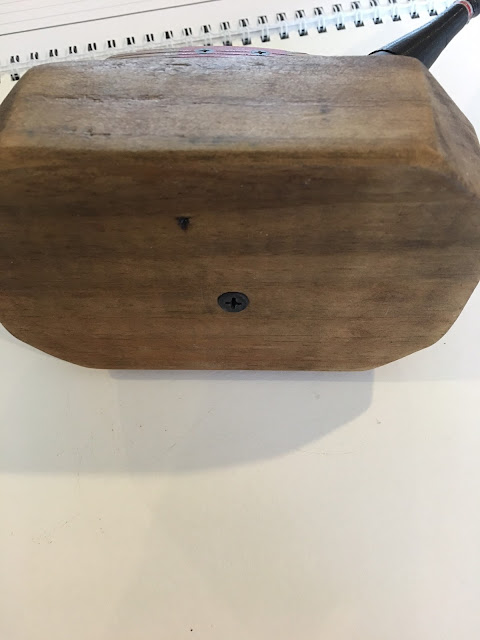